The Soundcool project is one of the two NEM Art & Design Competition winners. After this award for the project, at the NEM Summit in Madrid, Dr. Jorge Sastre , the director of the project, talked to us about the project’s future plans and goals. 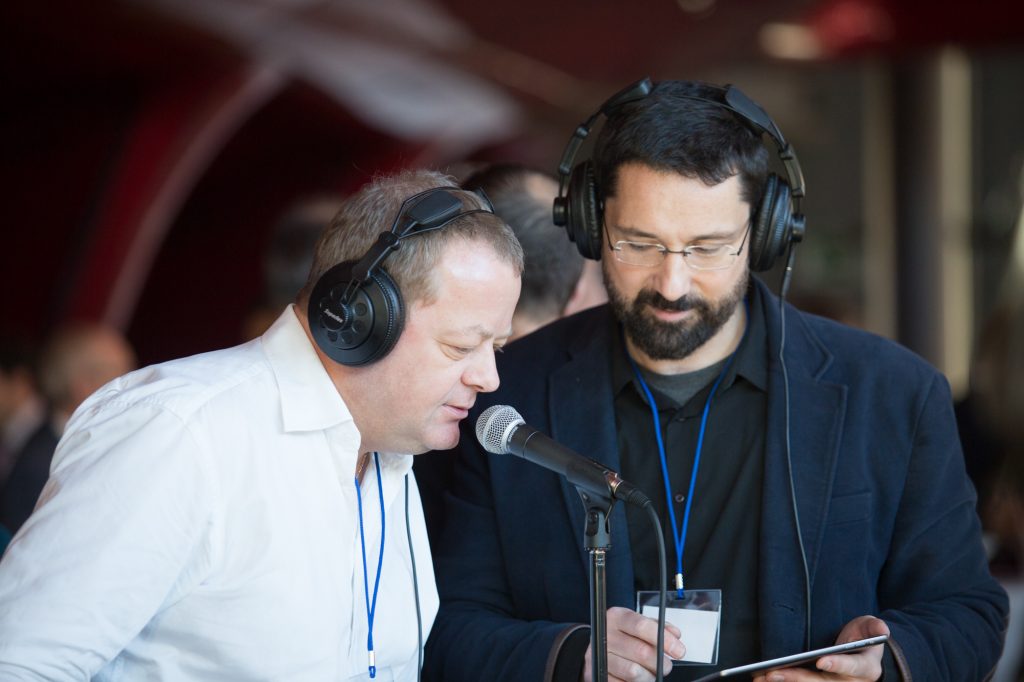 “We are very grateful and proud that Soundcool received this important European award. The project is growing and growing since its beginning in 2013 and this award was an important goal for us. The Valencian Community Education Council from Spain has started an official pilot test in 21 education centres, and then it will implement a massive implantation in our education system. We are preparing Massive Open Online Courses (MOOCs) to make that implantation easier, and we have also incorporated video modules apart from the existing audio modules in the new Soundcool version 3 for collaborative creation.” Dr. Sastre noted.

The opera play of the project: “La Mare dels Peixos”(“The Mother of Fishes”), premiered at the opera house of Valencia (Spain), The Palau de les Arts Reina Sofía, on December 2016(related video at: https://www.youtube.com/watch?v=1TxLL–PIQ4&list=PL9wxq9m9FqC0NPQIv0baE7p4pg4NC3TTq). And more exciting news are on the way! A new version in English is going to be premiered on November 1, 2018 in Puebla, Mexico. The opera  was written by Dr. Sastre and Roger Dannenberg, cocreator of the famous Audacity and collaborator of Soundcool.

“In the premiere in Valencia the best samples for the Mother of Fishes voice, a dragon’s voice, magic effects,  etc. were generated and recorded with Soundcool and played from the smartphones and tablets from the participants in the premiere. The Mexican version is being produced by the Instituto Tecnológico de Monterrey, one of the best Latinoamerican universities. The first act of the opera was previewed on November 6, 2017, and there the Soundcool sounds and effects were performed in real time, (related video here: https://m.youtube.com/watch?v=oyLDUMZgPX4&feature=fvwrel#t=5m34s), while the Mother of Fishes’ voice was produced with a university student’s voice processed in real time with Soundcool.” Dr. Sastre added. He finally commented, regarding the monetary award of the project that: “we are spending the monetary award in dissemination of the project, web and social networks, and conferences, mainly. We are so grateful for this award”.

You can find more information on the Soundcool project here: http://soundcool.org/

All the presentations of the NEM Summit 2017 are available and free through our collaboration platform: https://nem-initiative.org/nem-summit-2017-program/