What you missed in Paris on 9 June

On the 9th of June, during the Futur en Seine festival, Paris&Co hosted the NEM Creative Industries Meetup, organized by Cap Digital and the NEM Intiative.

After a short introduction of the Paris&Co and its LINCC platform, Jean-Dominique Meunier, president of the NEM Initiative opened the session by presenting the network and its actions. 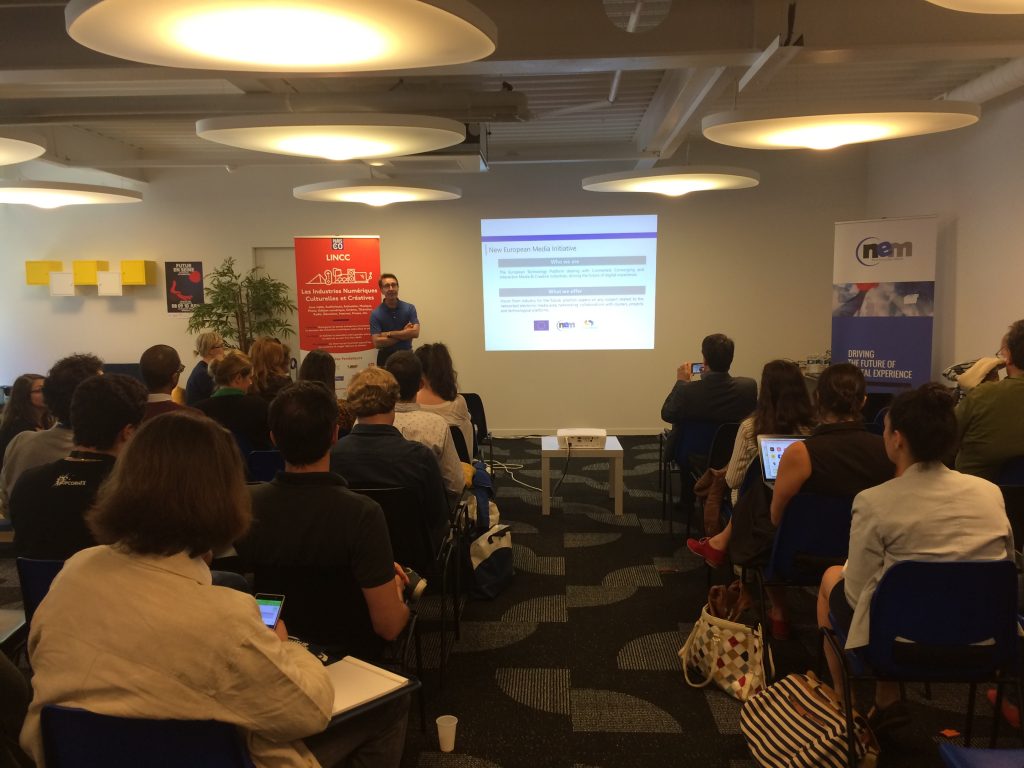 In order to showcase some examples of creative industries stakeholders and to underline one of the current trend in the digital sector, four start-ups presented their virtual reality innovative solutions before inviting the public to test them.

Thus, the Creative Industries Meetup was the occasion to discover:

SkyBoy’s Overlap Reality is an exclusive technology that optimises the effects of augmented reality. It is an original tool available to brands, regions and a new generation of retail. 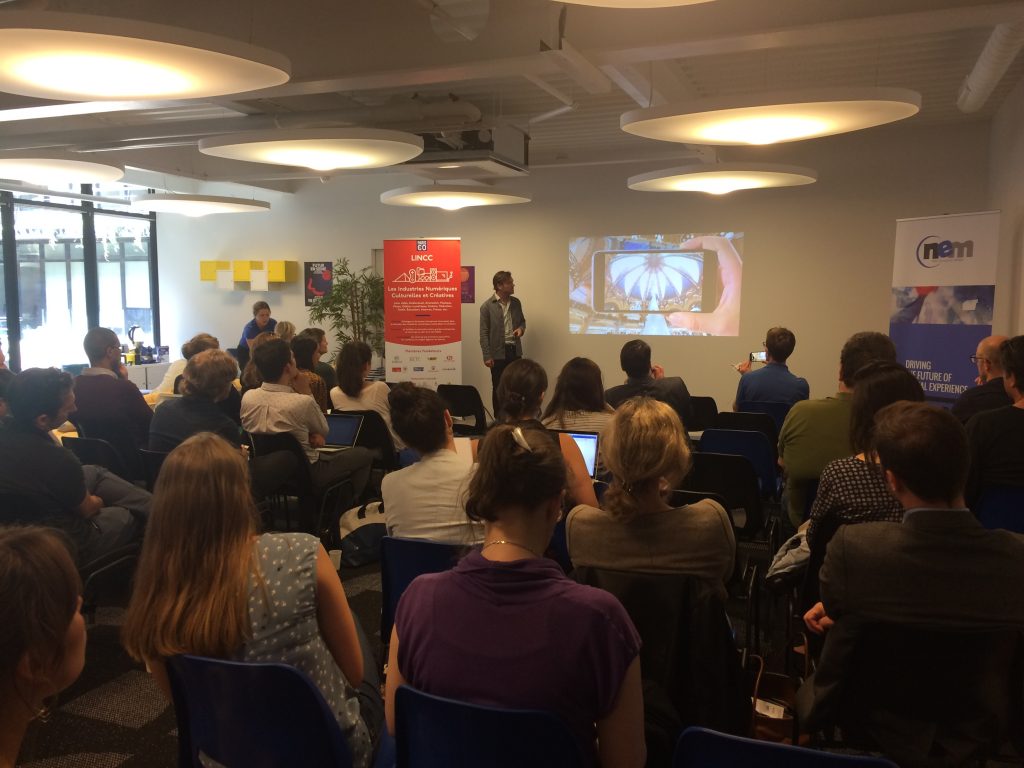 Innerspace is a cutting-edge VR creation studio, dedicated to leveraging the power of VR to build new forms of entertainment with a strong creative identity.

In the field of Art, Culture and Heritage, Art of Corner produces a unique User Experience in Virtual Reality and broadcasts it in a materialized and dematerialized way.

The event gathered about 60 participants who had an opportunity to discover, experiment and build partnerships, as the rest of the afternoon was dedicated to live demos and networking.

What you missed in Paris on 9 June2017-06-212017-06-22https://nem-initiative.org/wp-content/uploads/2014/04/nem-web-logo1.pngNEM Initiativehttps://nem-initiative.org/wp-content/uploads/2014/04/nem-web-logo1.png200px200px
Recent Posts
Follow us on
NEM on the Social Networks (MyMedia)
Follow us on dailymotion
Structure & Membership
Documents
Information
Hosted by Eurescom GmbH
Contact Us